A murder. A master detective. A gathering of suspects. Between the covers of a book or on the big screen, is there anything more compelling than a great crime story?

In the expert hands of Agatha Christie—one of the world’s bestselling novelists—every crime and every search for justice became a work of art. Story Grid Editor and writing coach Sophie B. Thomas set out to understand Christie’s genius for storytelling by dissecting her most acclaimed work, The Murder of Roger Ackroyd. Thomas follows beloved sleuth Hercule Poirot scene-by-scene to map the structure of Christie’s masterpiece, showing writers how the book fulfills all its readers’ expectations before ambushing them with an unexpected ending.

What are the must-have moments in every mystery, and how does Christie pull them off in such an innovative way? What made the book’s narrative device so revolutionary? How does a great writer sustain narrative drive from page one to the ending payoff? Thomas brings expertise and passion for the writer’s craft to her analysis as she answers all these questions and more.

All the clues are there. Are you ready to begin the investigation? 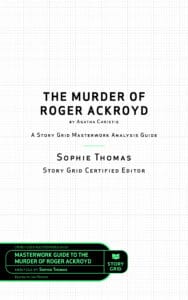 Why is it worth our time to study The Murder of Roger Ackroyd?

Agatha Christie was a master of the crime genre. Her stories have stood the test of time and continue to delight readers to this day.

By studying The Murder of Roger Ackroyd you will see all of the conventions and obligatory moments of the Crime genre expertly fashioned into a compelling story that pulls the reader through to the end.

This is the third novel that Agatha Christie wrote with Hercule Poirot as the protagonist. She went on to use his character in dozens more novels and short stories.
​
In The Murder of Roger Ackroyd you see some of the complexity of his character with him coming out of retirement and how he allows justice to be served at the end.

Red herrings give other motives for and means of murder that distract the police investigation. Thus, we need a master detective to look beyond the red herrings.

Early on, we meet Ralph and learn that he has a dilemma that may be solved by Roger’s death. Is this a motive for murder?

Some money has been stolen from Roger’s bedroom – Is that a motive for murder?

Several characters have a great debt and benefit from his will – Is that a motive for murder?

A forced marriage, a disgruntled employee – Would they have killed him?

Everyone is harboring secrets, including Poirot’s right-hand man.

Poirot alone follows the clues that can lead to the real solution of all the puzzles in the story.

He steadfastly follows these clues: “An opened window,” he said. “A locked door. A chair that apparently moved itself. To all three I say ‘Why?’ and I find no answer.” (p. 120)

Was Roger murdered because he knew who his friend’s blackmailer was?

Ralph turns out to have three motives for murder. Is that too many, making him a convenient scapegoat?

You get to watch as Poirot sorts through the Red Herrings for the Real Clues that allow him to solve the crime.

Narrative drive is all about how much information the characters have in relation to readers, compelling us through the puzzle.

The narrative drive of this Crime story pulls the reader through mystery (protagonist > reader) and suspense (reader = protagonist).

While the narrator, Dr. Sheppard, investigates with Poirot, we the reader gather clues and the story ramps up the suspense. Just like Poirot, we are asking ourselves, “Are these red herrings, or real clues?”

At the halfway point, Poirot starts investigating on his own, gathering information without us. This mystery propels us to the end, asking questions that he cryptically answers.

The final flourish of the master detective is laying out the entire story, clue by clue, to corner the murderer, bringing us back into equilibrium with our protagonist and justice.

5. Clear value of Justice at stake.

Throughout the entire story, we see Justice at stake above all else. From the moment Poirot is on the case, nothing deters him from this quest.

Innovations on the Crime Genre

While Agatha Christie certainly hit all of the conventions and obligatory moments of the Crime genre, she also added her own innovations.

Unreliable narrator stories are some of the most disconcerting.

If you’ve ever read a story narrated by a person with a secret, you will likely remember the point at which the narrator is revealed to have given you only part of the truth.

Christie’s narrators are typically trustworthy, dutiful Watson-type characters; a little slower than the brilliant detective, committed to “hard evidence” and action, as opposed to Poirot’s belief in psychology and the employment of his “little gray cells” from an armchair by the fire.

When Dr. Sheppard is caught in a lie, it’s a severe moment of cognitive dissonance — Who can we trust, if not our narrator?

Because of the unreliable narrator, it gives us two different ways we can analyze this masterwork.

First, we can read the book and analyze it from what’s directly on the page. How are the scene’s values shifting from the point of view of the narrator? How is he getting closer to and further away from his wants and needs?

Second, you can analyze it from the “true” point of view. Once you know the twist at the end, you can evaluate the story from what is really happening scene-to-scene.

As Sophie Thomas says, “We now see premeditation as early as the second scene. Now we can see a whole different story playing out off the page through much of the beginning hook.”

In most master detective crime stories (including other Poirot novels), justice is served when the murderer is handed over to police.

However, in this case, Poirot has a competing motive than simple justice. Therefore, he gives the murderer an alternative choice to being turned into the police. It leaves the reader, and Poirot, wondering if justice was actually served.

What makes a book a masterwork?

Agatha Christie both satisfied the genre’s conventions and obligatory moments while innovating on the Crime story at the same time.

Sophie Thomas, the author of this Masterwork Guide has this to say about it: “Talk about a satisfying genre-abiding and innovative Story. That’s the definition of a Masterwork.”

That’s what makes The Murder of Roger Ackroyd continue to stand out in its genre 95 years after it was published! 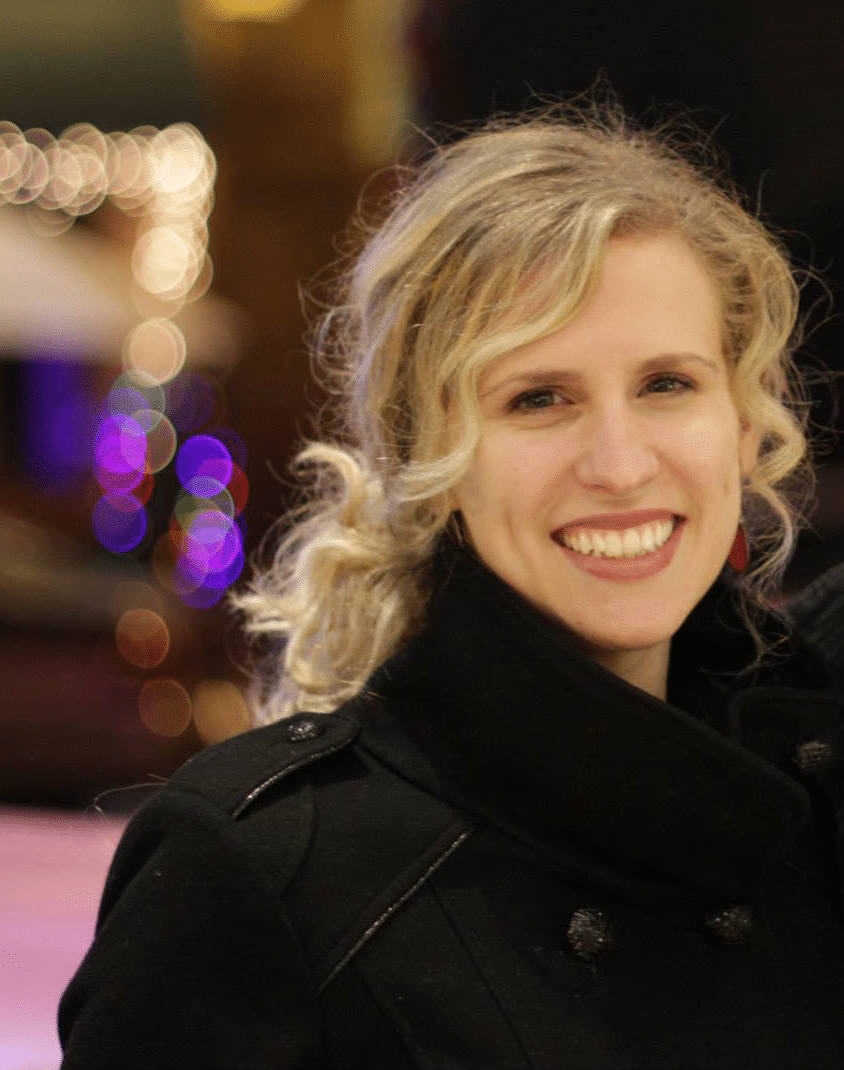 ABOUT THE AUTHOR
Sophie Thomas

Sophie Thomas strives to be a Story Authority for authors, editors, and readers. A lover of language, Sophie has studied Latin, Hebrew, and Greek, and has a BA in French from Virginia Tech. As a kid, she woke up early on Saturday mornings to play “Mad Gabs” on the radio and forced her siblings and friends to act out the plays she wrote. She thrives in one-on-one mentorship roles and loves being a part of the inspiration and improvement process. A few years ago Sophie found editing to be a junction of these two passions, story and mentorship. As a certified Story Grid developmental editor, Sophie is passionate about helping authors draft their ideas into stories and beat Resistance to fine-tune their manuscripts. In addition to coaching authors and editing manuscripts, Sophie is currently writing her first book, an editor’s guide to telling a great murder mystery with Story Grid principles, and producing and raising babies in South Carolina. 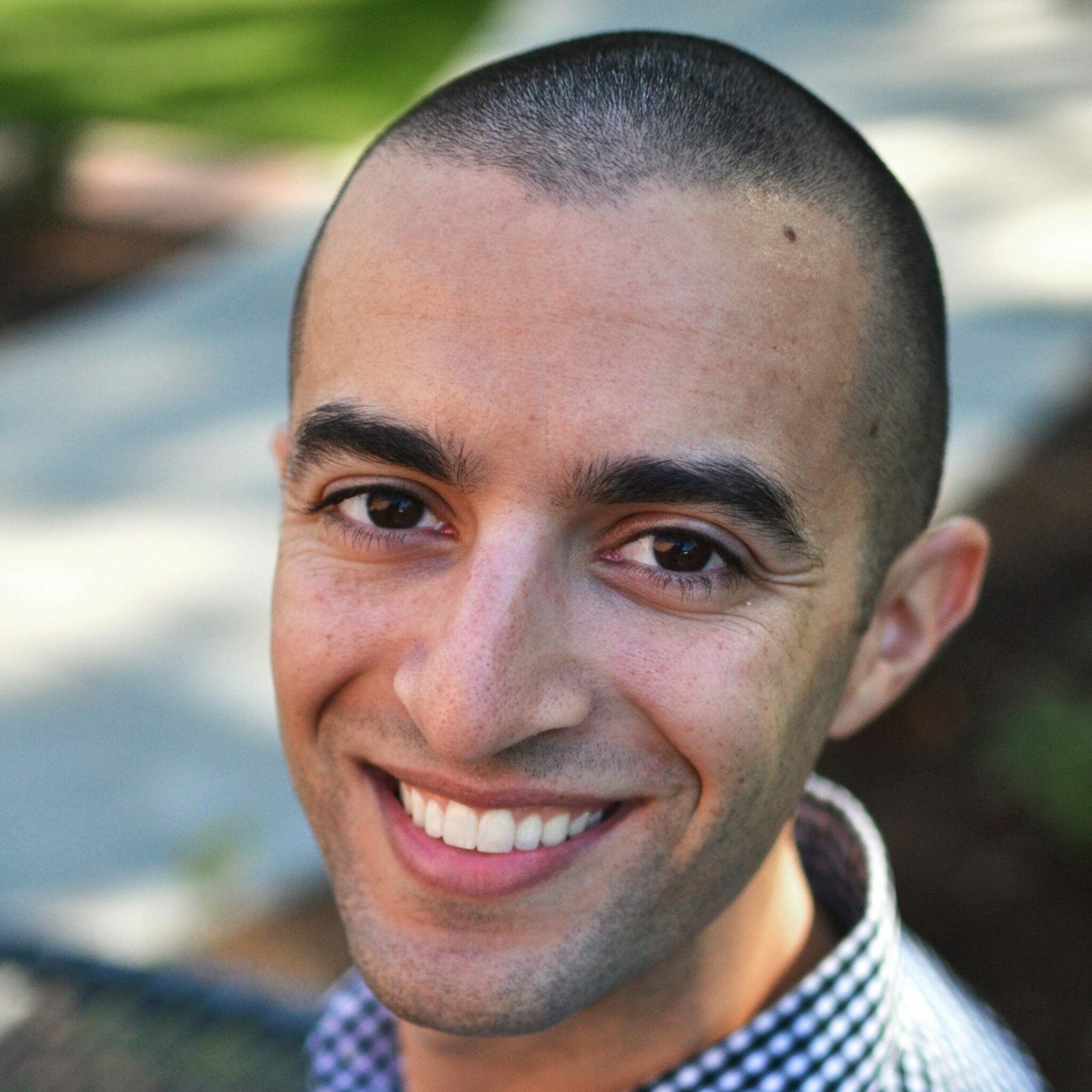 ABOUT THE EDITOR
Jay Peters

Jay Peters is a journalist who lives in Portland with his wife. In his free time, he likes to go on runs and play games with friends and family.